The thought of beginning a pro career in your fifties was probably the last thing on Graham Stinson’s mind before yesterday’s first round of the Links Shell Cove Open.

But after today’s thrilling final-round, the 52 year old coal miner from has a big decision to make.

Stinson was a stand out during the final round of the Open, carding a four-under-par 66 to finish tied with overnight leader Jackson Bugdalski.

Earlier Bugdalski had begun the day with a handy four-shot buffer and after nine-hole looked like he was going to cruise to a comfortable win. Stinson, however after a steady front nine, had other ideas, and with a brace of birdies coming home, looked like he had done enough by the final hole.

Bugdalski, however, saved his best till last, and after a monster drive on the last, he almost holed his approach for albatross. The tap in eagle enough for the University of Oklahoma graduate to force a playoff. 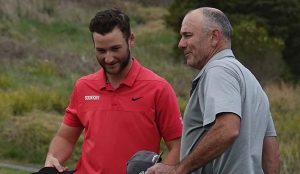 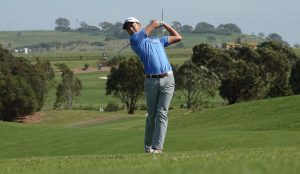 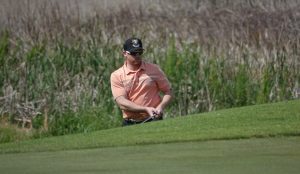 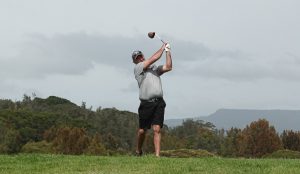 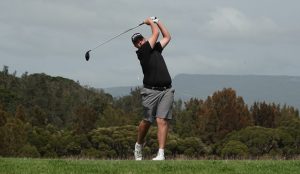 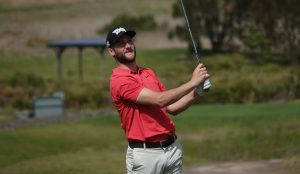 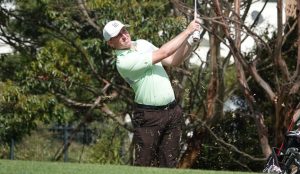 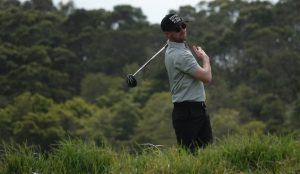 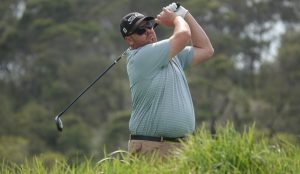 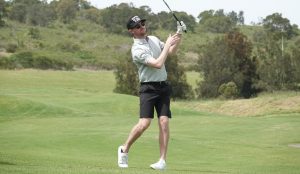 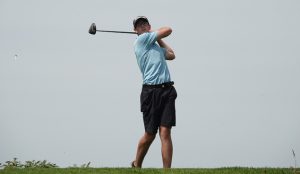 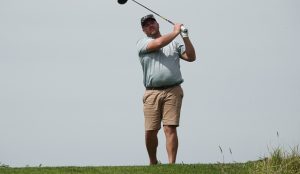 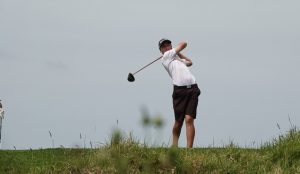 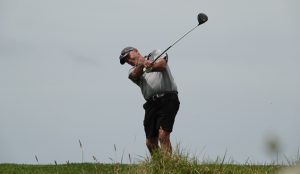 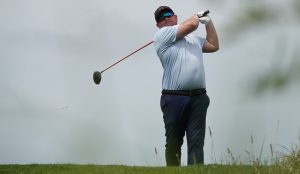 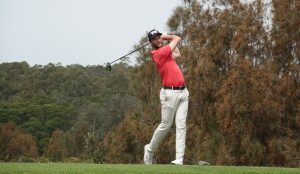 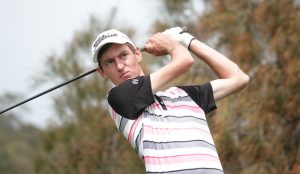 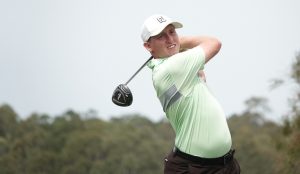 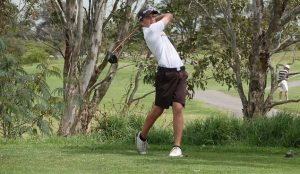 It was Stinson who prevailed by however with two solid pars and a birdie on the final hole to seal his place in both the Lincoln Place NSW Senior Open and AVJennings NSW Open.

Stinson also becomes the first golfer in the five-year history of the Regional Qualifying Series to claim the NSW and Senior Open double.

“It was nerve-wracking, I haven’t been in that predicament for 20 years, I haven’t played competitive golf,” Stinson said.

“On the last, I hit a good drive and had a horrible line in the rough there. I just had to commit to it and hit it hard and hit a good shot. It stayed on the top of the green there and made me work hard.

“I knew I was going all right after about nine or ten holes and then I started to get a little tight but just held it together, played with a little fade and got the job done.

“I was more nervous out through the course of the tournament proper, and then I got on the first I thought ‘I’ve got nothing to lose now’.”

Stinson said he surprised himself with a run of recent injuries hampering form heading into the event.

“If you’d seen me playing up until [Sunday] I was hitting it terribly,” he said.

“I had a hernia operation, I came back from that 9-10 weeks ago then I had a back injury, and I’m still suffering from that. I haven’t been getting any turn, but I just came out and played with little power fades and hitting down the middle.

“I probably hit more fairways doing that than trying to hit a draw and keep up with this young brigade. You see the young guys hit it now and, I’m not out of my league, but they just hit it a mile it’s ridiculous.”

It was a dramatic victory for the self-described mid-week hacker, who is better known in many circles for his success as a cricketer. These days working shifts in the mines preoccupies his time, keeping him off the course on weekends.

He’s also now likely to use the exemption and turn professional.

“I think I will. I went to the (Senior) player’s school two years ago down at Sandhurst, and I came fourth, the top three got in,” he said.

“I went through the (Tour) player’s school when I was 19 or 20, but you needed a lot of money to do it, and I couldn’t rely on mum and dad to support me.

“I tried it for 12 months and gave it away, worked in pro shops, now I work in the mines. I play Tuesday out here at the Links, I normally play Thursday’s at the Grange, and that’s it.

“I work weekends, so I’m rreally just a mid-week member, but I love golf.

“I’m enjoying it now more than ever because if it happens it happens, if it doesn’t, it doesn’t.

“It’s not about making money. It’s about going out and playing in these tournaments. I love golf, so I’d like to get out there and play in these senior pro-ams.” Stinson smiled.

Brad Burns has turned the Lincoln Place NSW Senior Open on its head with a stunning second-round 65 at Thurgoona Country Club this afternoon.