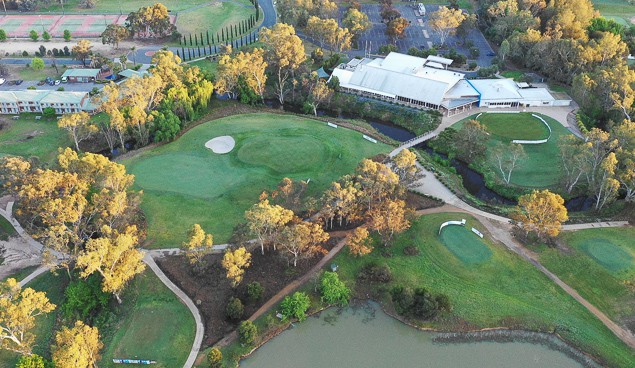 The groupings for rounds one and two of the Lincoln Place NSW Senior Open have been released.

Fans who arrive early will be in for a treat when defending champion Grant Kenny gets his round underway at 8.00am alongside the legendary Peter O’Malley and reigning NSW Senior Amateur Champion, Lester Petersen.

PHOTO GALLERY: Pro- AM and Practice round

DEFENDER: King Kenny out to fight for his crown

Peter Senior, Glenn Joyner and Marc Warren will tee off at 8.10 from the 10th tee, and right behind them will be the trio of Craig Parry, Tim Elliott and Amercian Shaquill Mongol.

For those keen on making it an afternoon of golf, Peter Lonard, Ken Tarling and John Onions will set off from the 10th tee at 11.40. The trio of Terry Price, Russell Swanson and Tony Page will follow ten minutes later.

Senior Tour Rookie Michael Long will get his quest for the NSW Senior open underway at 12.10 alongside, current in-form player Lucien Tinkler, and the Thai Manas Saengsui.

The first groups hit off from 7.00am, with the last groups expected to finish around 5.00pm.

The quartet recorded an impressive 103 points in the modified Texas scramble format to win by three points from the team led by Victorian Professional Tim Elliott which included Heath Naughton, Daniel Huggard and Michael Erdeljac.

Another point back in third place was Orange Professional Steve Conran and his team which included Meil Smith, Ray Bosley and Brian Munk.

88 golfers took part in the pro am this morning on a course described by many of the visiting professionals as almost perfect for tournament golf.