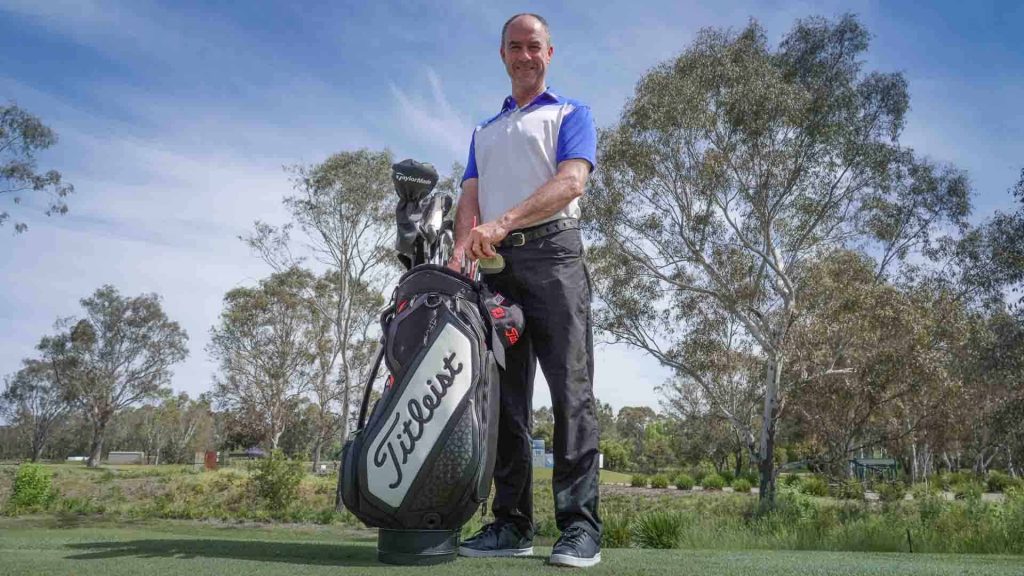 Like a warrior surveying the field of victory, Kenny seemed at ease as he looked around Thurgoona Country Club, soaking in the vista of the club and course surrounds.

“Everything happens here for me as far as senior golf goes.”

“Great track, I love the track. It suits my eye, and I hope it does again,” he laughed.

Kenny had a few hours to reflect on his 2017 triumph during the six-hour drive from Sydney. Last year he said he thought about nothing. This year, however, the trip was a whole lot different.

“I drove down last year thinking about nothing and left with everything, so this year it was all coming back. I’m here to enjoy it, here to have some fun.”

Part of the fun will be Kenny’s first defence of a championship way beyond the size of the odd Pro-Am title. It’s an unknown proposition, but he is ready for the challenge.

“I am about to find out about defending a big one,” he grinned.

“I’m looking forward to it.”

Kenny’s form this year, in his words, has been either ‘pretty good or pretty average.’ He picked up a solid win last month on the Ladbrokes Legends Tour in Young, but has battled with inconsistency. It is a problem he put down to too much work and not enough play.

“I’ve been playing alright, but it depends on the course.

“I won at young by eight but played poorly at Batemans Bay a week later.

“I’ve been hitting a lot of balls trying to work it out.”

Kenny said following his win in 2017, he received accolades for months.

“I was getting calls from people I hadn’t heard from in months; When I first played here people were phoning up three and four days later.

“Texts kept coming for ages, then they saw it in the paper; it was great for everybody.”

Kenny also took advantage of the invitation to play in the NSW Open at Twin Creeks, which is on offer to the Champion if they weren’t already qualified. Although a thrill, nerves played their part, and he ended up missing the cut by one.

“I was more nervous there than I was here.

“I started birdie, birdie I was going alright.

“I shot even par and missed by one.”

As for expectations this year, Kenny is still quietly confident.

“I had great fun last year, but this is new ground for me, so I would love to tell you exactly what will happen how I will do it, let’s see how I go.”