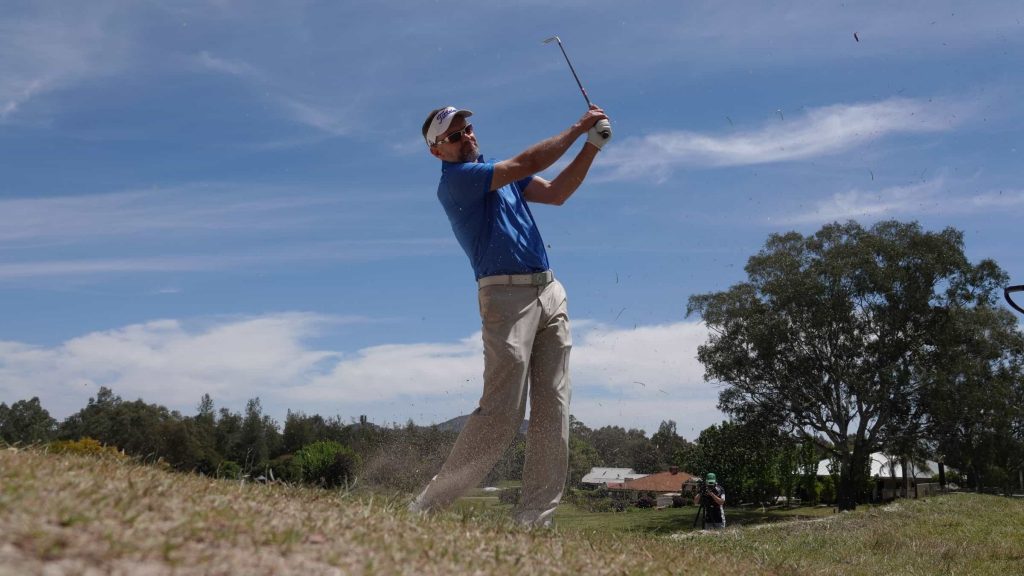 Long, who became eligible for the over 50’s in late August, is making his Ladbrokes Legends Senior Tour debut, and arrived at the first tee today to a bit of gentle ribbing from one or two of the assembled players.

“Welcome to the fat bellies,” grinned tour veteran Peter O’Malley while giving Long a bit of a nudge.

With the Western Australian Open being played almost in Long’s backyard this week at Mt Lawley, the decision to bypass a rare home ground tournament for one on the other side of the country may appear to some as strange, but to Long it made perfect sense.

“It seems a bit crazy to fly from one side of the country to the other with a tournament on my doostep, but it sort of works out.

“The deciding factor was the Australian Senior PGA Next week. It’s two events in a row I can play.

“I’m just trying to get myself ready for the US Senior Champions tour school in a few weeks.

“I’ve got to go to both stages so it’s going to be a long couple of months,” he said.

When asked about the feeling of being the rookie on tour again, Long grinned.

“The faces are familiar, but the feeling is a bit different.

It’s good to be out here with these guys.

Long is having his first look at the Thurgoona layout, and is excited with what he saw. Wide fairways and expansive greens that will get faster as the week goes on impressed the 2018 WA PGA Champion.

“I can see there are a lot of up and downs around here, a lot of elevation changes. The fairways are wide and the greens look good,” he added.